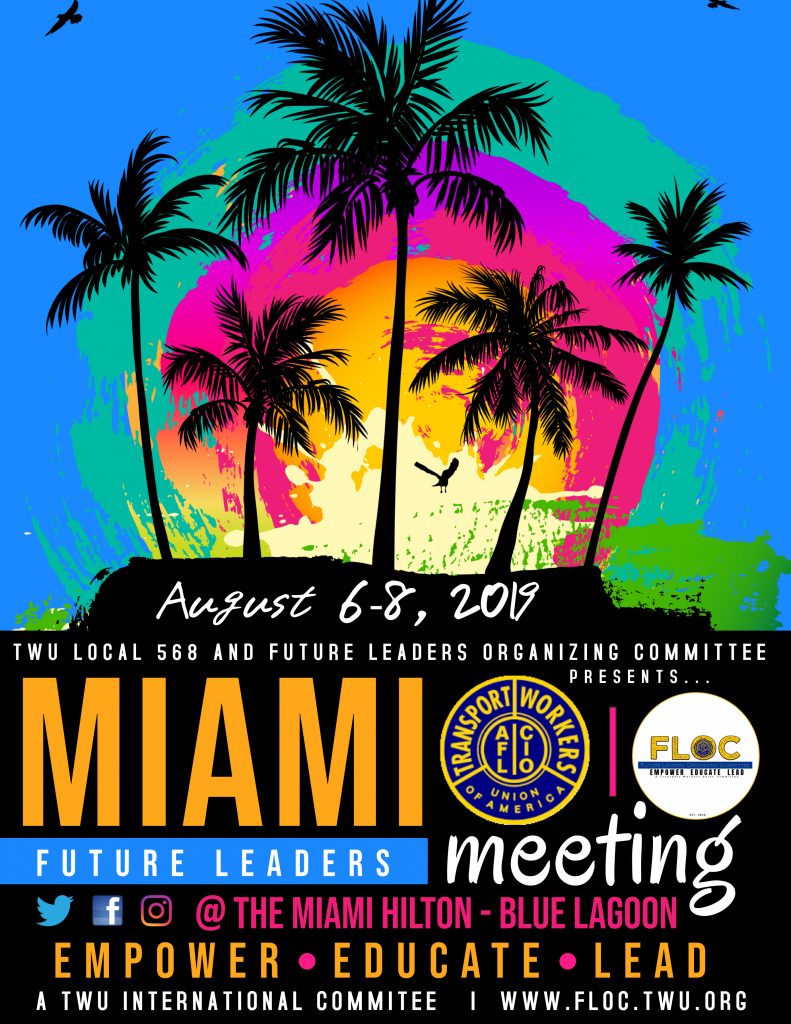 FLOC MEETING IN MIAMI WAS A SUCCESS!

Members of the TWU Future Leaders Organizing Committee (FLOC) met August 6-8 in Miami, the event was planned and hosted by TWU Local 568.

During the first day of the conference, the committee received a special visit from guest speaker Mrs. Se’Adoreia “CeeCee” Brown, President of AFSCME Local 199. Brown is the first woman of color to be president of Local 199. Being a member of the Next Wave, she is also the youngest president to ever hold office in Local 199. She gave an incredible and inspiring speech on how she became one of the youngest union leaders in South Florida and the many challenges she had to overcome in her fight for what she believes is right.

On the second day, the group was able to participate and learn in a workshop about “Runaway Inequality” and how the salary gap between CEO’s and labor workers, between races, and between gender has been widened throughout the history, and sadly the trend only continues to rise.

Runaway Inequality explains the process by which labor workers fall victim to systematic wealth extraction by their corporations, banks, private equity firms, and hedge funds. It reveals how financial strip-mining puts enormous downward pressure on jobs, wages, benefits, and working conditions while boosting the incomes of the financial elites.

Most importantly, it’s a call upon us to build a collective movement to tackle the sources of increasing income and lowering wealth inequality. This problem will not cure itself, we as union brothers and sisters have to support one another as it will take an enormous amount of energy and dedication to bring economic justice and fairness back to the American society. Bianca Cunningham provided this workshop from Labor News.

On the final day, the committee brought to order an official conference meeting where they discussed the committee’s goals. They were also able to plan the committee’s future goals and come to what preparations were needed during the next FLOC Conference in December.

Our younger workers need to be prepared for the future and we hope all locals can show support to this new committee so that they can ensure that the future generations of TWU are equipped with the knowledge and tools needed to empower and drive the labor movement.

Members of FLOC interact and discuss certain topics during the “Runaway Inequality” workshop with Bianca Cunningham from Labor News.

Stay tuned for updates on FLOC social media pages and their website as well as Local 568 website as we will be posting more from this great committee of young workers and future leaders. We will also be uploading more photos to our social FLICKR page. 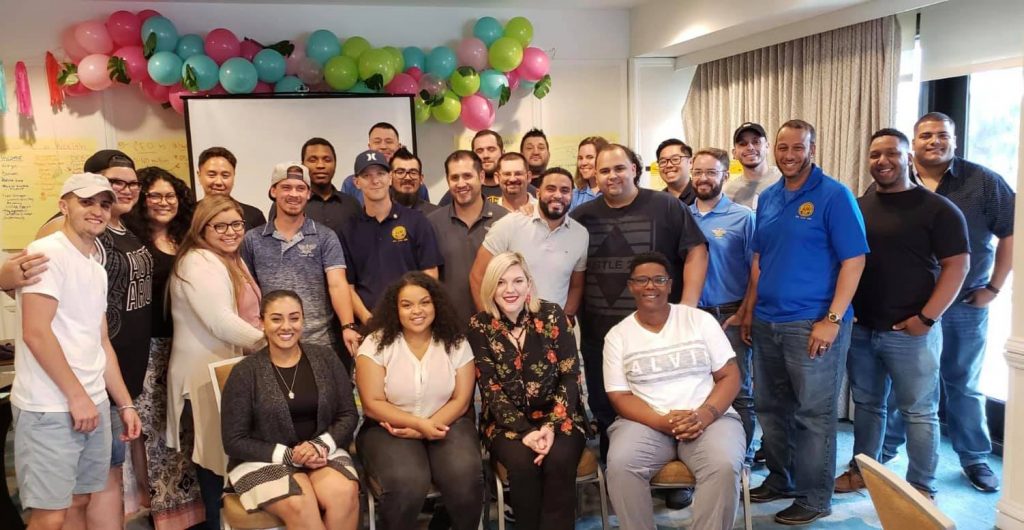